A Military Murder at Wrotham 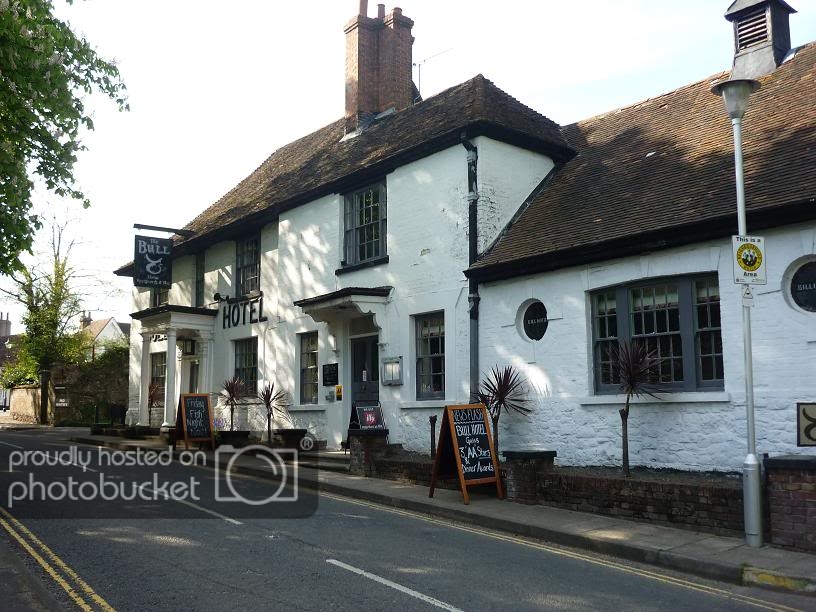 'The Bull' Hotel at Wrotham originally started trading in 1385, and was first licensed as an Inn under Henry VII in 1495. Before that it had been lawful for anyone to keep an ale-house without a licence.

Nearby on a wall is the following inscription: 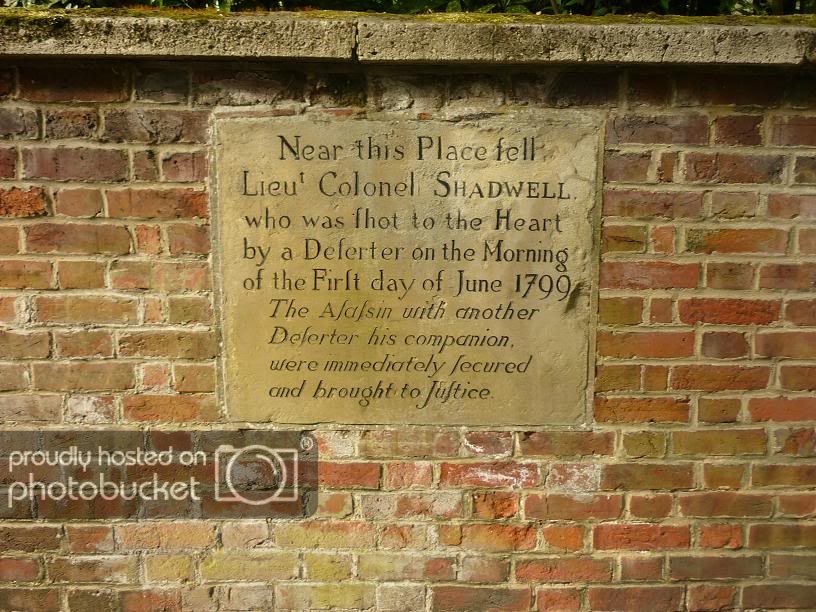 It turns out Lieutenant Colonel Shadwell, as well as being a high ranking military man, was also the leader of a gang of smugglers. They used 'The Bull Inn', which was owned by Shadwell's brother, Jeremiah Shadwell, as their headquarters. Wrotham was used by the gang as a staging point for contraband brought in from the coast. The deserters had fled from the encampment at Cocks Heath (Coxheath), where they had been part of the Volunteer Brigade called into service because of the threat of a Napoleonic invasion.

Philip Keating and John Keggan were tried at Maidstone on July 18th, 1799, for the wilful murder of Colonel Peter Shadwell, at Wrotham.

In court, Witness, John Self, stated that he was a servant to Colonel Shadwell and that on 1st June he came with the Colonel, in his curricle, from Lewisham' to Wrotham, where they stopped to refresh their horses, when they came across Keating and Keggan. The Colonel asked them "Well my lads, where do you come from? ". They replied that they had come from Maidstone. Then the Colonel asked where they were going, they replied, London. "What commanding Officer did you see at Maidstone?" asked Shadwell. They replied Captain Nevil. The Colonel told them there was no such Officer there, he suggested they meant Capt. Skeen, they replied yes, that was the name they meant. The Colonel then asked to see their pass. The prisonner Keating said "Come here, and we'll show you our pass". On that word the Colonel sprung forwards, and the prisonners tried to leave, they had proceeded 6 or 7 yards, and the Colonel put his hand out and tried to catch Keggan, when Keating turned around, took out his pistol and shot the Colonel instantly. The Colonel turned around and said "John, i am shot!". then less than a minute later he was dead. He had five wounds, and was shot through the heart. The prisonners made off holding pistols, but were pursued, they were caught up with about a quarter of a mile away. Keggan surrendered, but Keating didn't give up, untill one of the pursuers shot and wounded him.

Lieutenant Vere Ward, of the 17th Light Dragoons, proved that the prisonners had both deserted from that Regiment on the 31st of May. The Articles of War were then read, and also the Mutiny Act. Keating in his defence said, that he absented himself from the Regiment on the 30th May, and not on the 31st, and that he did not commit the crime. Keggan said nothing in his defence; he seemed very poorly. The Jury found Keating 'Guilty' and Keggan 'Not Guilty'. Judgement was immediatly pronounced on Keating, to be executed on Saturday next (20th July). 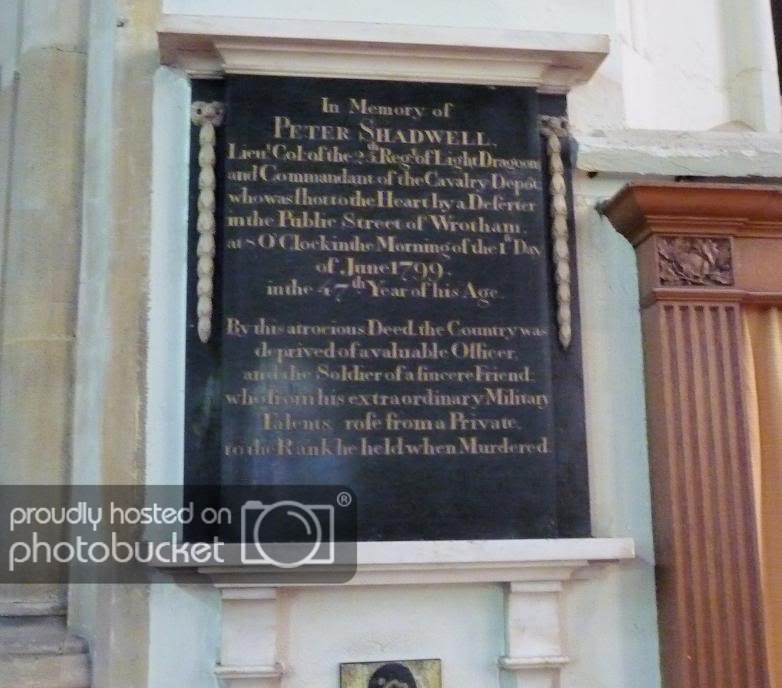 Memorial in All Saints Church, Maidstone

By this atrocious Deed the Country was
deprived of a valuable Officer
and the soldier of a sincere Friend
who from his extraordinary Military
talents, rose from a Private
to the Rank he held when Murdered. 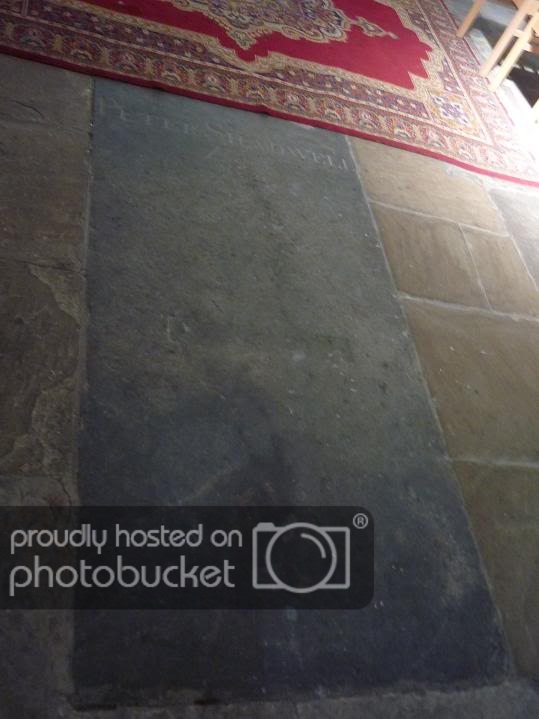 Stone in the Chancel of All Saints Church 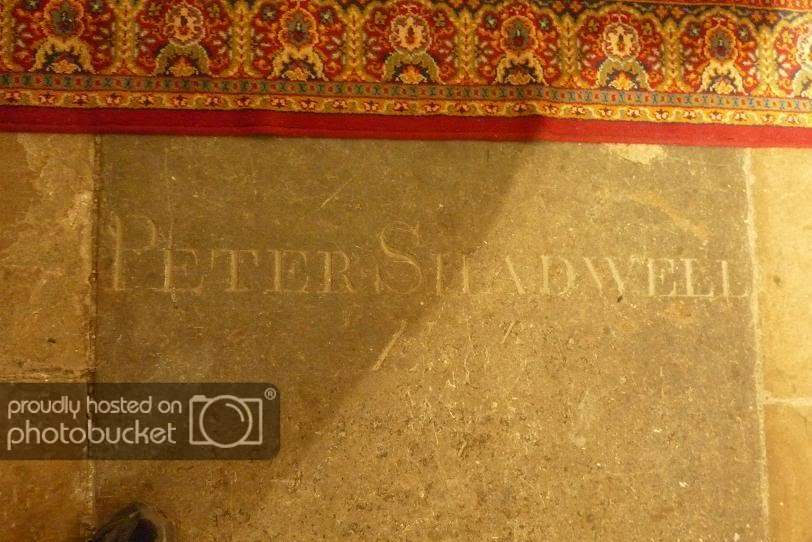